We're super excited about this latest release of Curio which includes several new features customers have been requesting.

* Note that some features are only available in certain editions of Curio. Please see the release notes for details.

Check out the release notes for all the details and, if you want even more information, the complete documentation is now online.

For existing customers with traditional licenses, discounted upgrades are available to Curio 15 Professional, Standard, and Core.

For those that subscribe to Curio via the Mac App Store, it should automatically download the new version to your Mac shortly.

Our other big news is, starting with today's release of Curio 15, traditional licenses now include a free year of major and minor updates! 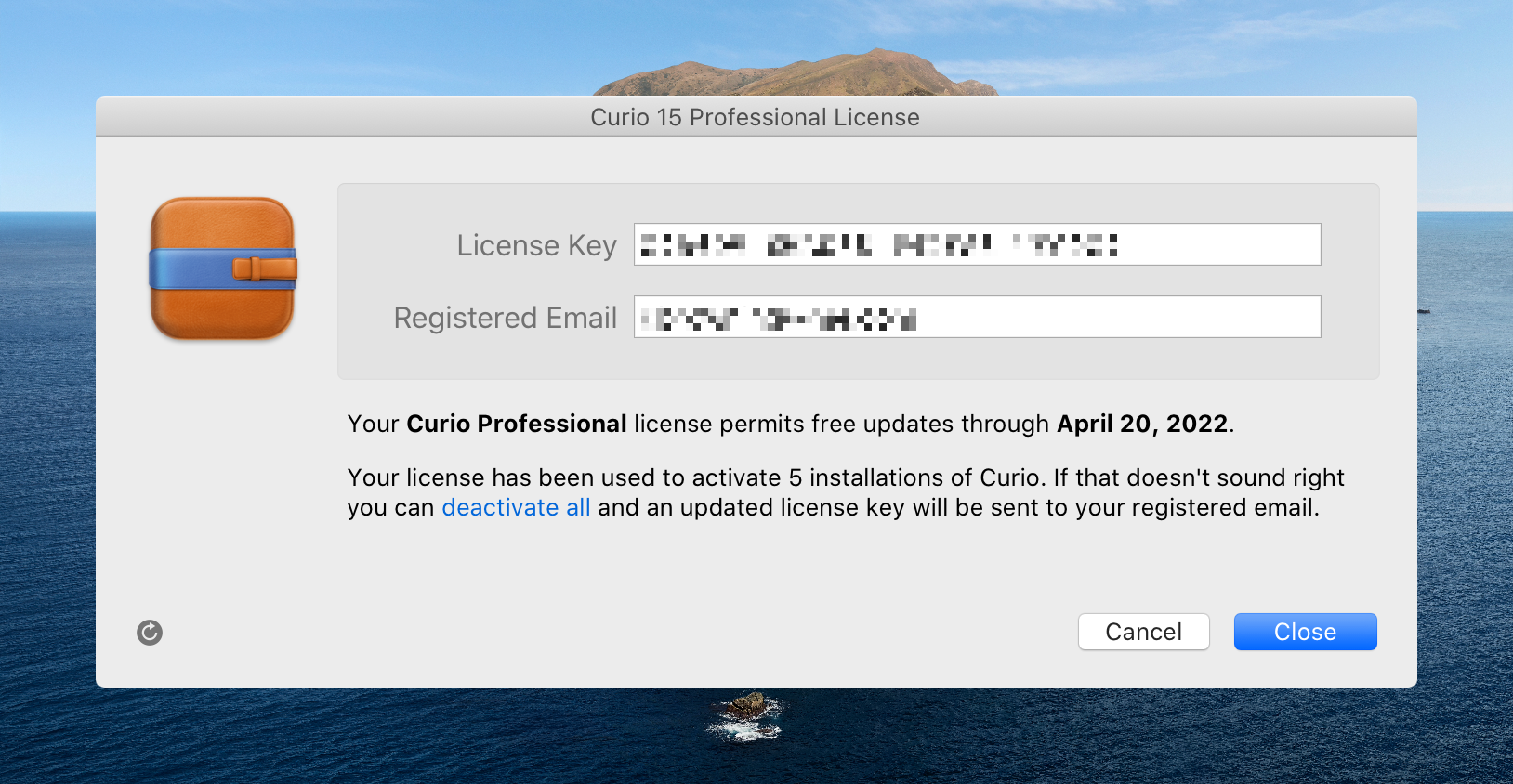 The full details are here but, in short, instead of massive annual releases containing thousands of changes, we're shifting to a continuous stream of major releases appearing every 1-3 months.

For this reason you will notice that Curio 15 isn't as massive as our prior major version releases. Curio 14 was such an arduous, prolonged release, that we faced either postponing Curio 15 for 6 or more months, or shifting to a new approach we've long been considering.

At the end of your year of free updates, your Curio app continues working normally – it does not expire or deactivate – however, you will no longer receive app updates. Whenever you wish, you can purchase an upgrade license to update to the latest version and receive another year of app updates.

Please read all the details behind this change in our new Curio Traditional License FAQ.

How does this impact Curio Subscribers?

Curio subscribers via the Mac App Store are always on the latest release of Curio. With this change the only difference is that major features will be appearing much more frequently instead of dropping once a year. Enjoy!

We have some fantastic major features lined up for the the upcoming major releases so stay tuned!