Work began full-time on Curio in October of 2002. What an exciting time in the Mac's history. It's almost hard to remember Apple as a financially lean underdog with a small audience. But you could feel the energy around the new Macs; you could sense that Windows was stagnating. It was definitely a time for disruption! It was a true gamble to create a new business and product for the Mac but it was also incredibly exciting and fun!

I dug around the archives (on CD!) to see if I can find some old screenshots. Sadly I can't run Curio 1.0 anymore because I don't have a PowerPC-based Mac sitting around! 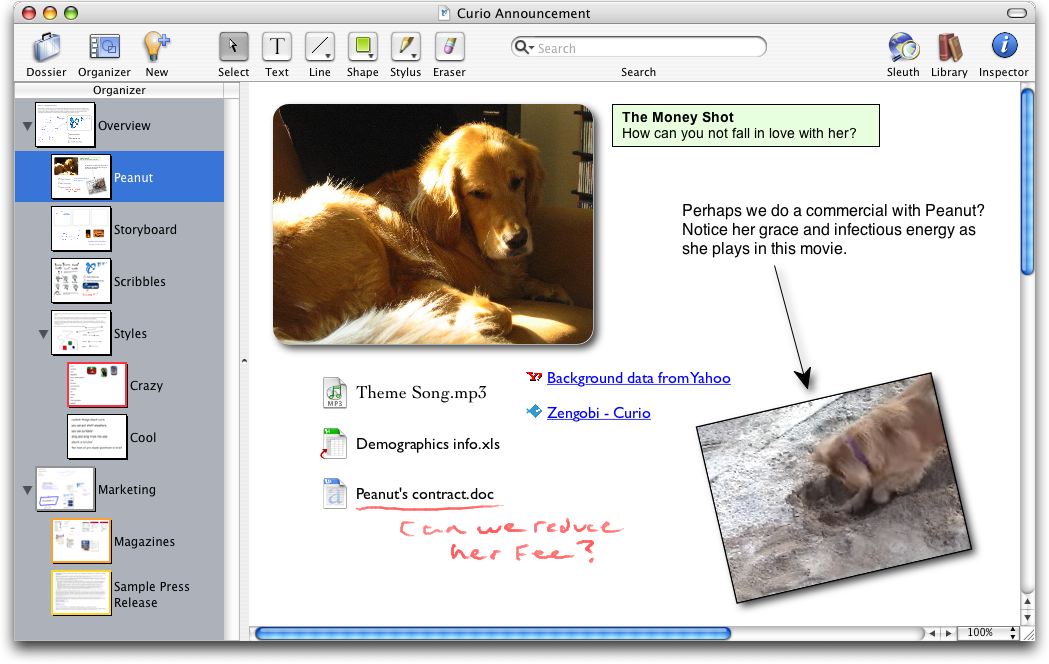 And here's an old movie introducing Zengobi to the world:

Curio has certainly come a long way since that first initial release. I sincerely thank you all for your continued support and emails. Keep the feedback coming... more exciting times ahead!